It’s a state of mind/body that allows you to totally focus and concentrate.
Have you ever been deep in thought while driving and all of a sudden your exit is right there? Been so focused on a movie or book that you didn’t hear someone calling you? Have you ever daydreamed? That’s what being hypnotized is like.

Hypnotherapy is the use of the hypnotic state to solve problems. Hypnotherapy enables you to change habits, reduce stress and achieve your goals — much more easily than you can in a state of normal awareness. It’s been used for thousands of years to help people with a wide variety of mental and physical challenges.

<TABLE> <TR><TD width=50%><h6><span style="color: #000000;"><B>If you think...</b></span></h6></TD> <TD width=50%><h6><span style="color: #000000;"><B>...the reality is:</b></span></h6></TD> </TR> <TR> <TD width=50%> I’ll give up my free will. </TD> <TD width=50%> When you’re hypnotized, you don’t lose your personality, your free will or your personal strength. Hypnosis is a heightened state of concentration and focused attention. </TD> </TR> <TR> <TD> A hypnotist can control my mind. </TD> <TD> A hypnotist only serves as a knowledgeable guide or facilitator. You’re perfectly capable of saying no and you can end the session any time you like. </TD> </TR> <TR> <TD> I can’t be hypnotized. </TD> <TD> Generally speaking, there are two types of people who can’t be hypnotized: those who are scared and those who don’t want to be hypnotized. Almost anyone else can easily enter into a state of deep hypnosis with a skilled hypnotist. </TD> </TR> <TR> <TD> It’s dangerous. </TD> <TD> It’s generally no more distressing than daydreaming. If you read the medical literature, you’ll see hypnosis is no more dangerous than taking aspirin. Clients don’t say anything they don’t want to say and don’t do anything they don’t want to do in a state of hypnosis. You will fully adhere to your usual moral standards. You’re in control… </TD> </TR> <TR> <TD>Hypnosis is like sleep. </TD> <TD>It’s not. Hypnotized subjects are usually both relaxed and fully aware and awake.</TD> </TR> <TR> <TD>It doesn’t work.</TD> <TD>Experts agree that it’s a powerful way to make rapid, positive changes for yourself. Read more in the Experts and Media section below. </TD> </TR> <TR> <TD>I won’t remember the session.</TD> <TD>While it’s possible in some situations for a hypnotized subject to create amnesia for themselves, it’s rare. My clients remember everything that occurs in their hypnosis sessions.</TD> </TR> <TR><TD>I might give up my secrets. </TD><TD>Clients don't say anything they don't want to say and don't do anything they don't want to do.</TD> </TR> <TR><TD>I won’t wake up.</TD><TD>You can emerge from hypnosis any time you want (you really don’t ‘wake-up’ since you’re not asleep when you’re hypnotized).</TD> </TR> <TR><TD colspan=2>Everyone wants to improve their quality of life!   Hypnosis could be the tool to assist you.   Do you have a weight problem?   Are you concerned about your health and would like to stop smoking?  Would you like to deal with the stress and anxiety in your life in a more effective way?  Are you experiencing illogical fears (phobias) that you would like to conquer? If "yes" is the answer, then hypnosis might be the solution!   There are various services available to meet your needs.  Hypnotherapy is an effective way to improve your quality of life. </TD> </TR> </TABLE> 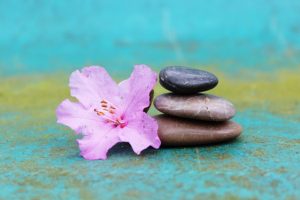 Hypnosis conjures up visions of mysterious men in long black capes who dangle gold watches in front of the eyes of mesmerized subjects. There may yet be such entertainers, but the modern hypnotherapist is likely to hold a degree in medicine, dentistry, psychology or has had extensive training in hypnosis and became a certified hypnotherapist. In the wake of medicine’s growing recognition of the role of psychological factors in illness; hypnosis has become a recognized therapeutic tool in the treatment of smoke addiction, weight control, phobias, physical pain and mental disorders.

Hypnosis is an altered state of consciousness, which feels like something between sleeping and waking, and has qualities of both these states. In general, hypnotized subjects find that their body is deeply relaxed, almost in a state of sleep, while their subconscious mind becomes very alert. This state of consciousness is what makes hypnosis an excellent tool for unlocking buried memories, or for discovering hidden motives.

A hypnotic state can be induced in a number of ways. The therapist may have the patient relax and focus on a spot until the eyes become heavy, or roll the eyes up into the head and then shut them, or imagine that an arm feels lighter and lighter until it seems to float in the air, or fantasize about lying on a beach. What happens next depends on the therapist and the particular problem. One of the most promising aspects of hypnosis is its ability to help some people live with chronic pain, such as that caused by back ailments or cancer.  While in trance, patients have learned to escape pain by visualizing themselves in another place or imagining that the aching is numb.

Hypnosis is natural state with numerous beneficial qualities and applications. Contrary to popular culture, hypnosis is not “mind control” or a form of sleep. Clients who undergo hypnosis for therapeutic results typically remember the entire session and report that they enjoy a feeling of relaxation during the hypnotic state. Ultimately the hypnosis practitioner is acting as the coach and the client is always in control.

Use our online form, send us an email, or give us a call.